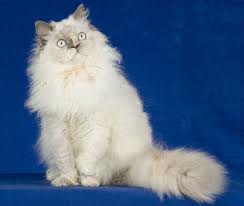 The Selkirk Rex is distinct from all other Rex breeds. Unlike the Devon Rex and Cornish Rex, the hair is of normal length and not partly missing. There are longhair and shorthair varieties. It differs from the LaPerm in that the Selkirk Rex coat is plusher and thicker. While the LaPerm gene is a simple dominant, the Selkirk gene (Se) acts as an incomplete dominant; incompletely dominant, allele pairs produce three possible genotypes and phenotypes: heterozygous cats (Sese) may have a fuller coat that is preferred in the show ring, while homozygous cats (SeSe) may have a tighter curl and less coat volume.

The Selkirk Rex originated in Montana, USA in 1987, with a litter born to a rescued cat. The only unusually coated kitten in the litter was ultimately placed with breeder, Jeri Newman, who named her Miss DePesto (after a curly–haired character in the TV series Moonlighting played by Allyce Beasley). This foundation cat was bred to a black Persian male, producing three Selkirk Rex and three straight–haired kittens. This demonstrated that the gene had an autosomal dominant mode of inheritance. All Selkirk Rex trace their ancestry back to the cat Miss DePesto.

The breed has been developed in two coat lengths, long and short. It is a large and solidly built breed, similar to a British Shorthair. The coat is very soft and has a woolly look and feel with loose, unstructured curls. The head is round, with large rounded eyes, medium sized ears, and a distinct muzzle, whose length is equal to half its width.